Discover our geosynthetic products to make your projects economically, rapidly and sustainably!

Izomas Group of Companies has been continuing its engineering activities by offering technological, economic, environmentalist and long-lasting products and systems to the market in infrastructure and superstructure projects since its foundation in 1974. 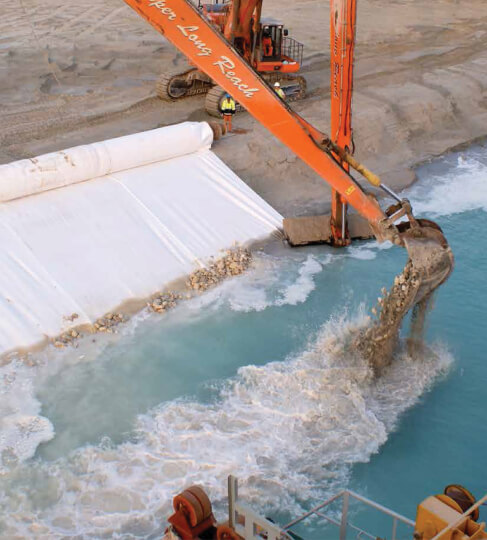 As a result of considered important to R&D and the country's economy, Özarı Tekstil established in 2003 and Geomas Geokomposite established in 2009 have been starting to direct the civil and geotechnical engineering with a large number of geosynthetic products in according to international standards. In addition, the company continues to design, sell and marketing the geosynthetic products such as Geogrid, Geomembrane and Polymer Fiber which are produced by partner companies of Izomas Group of Companies worldwide.